5 Huge Ways Hotels Have Changed Since the 60’s

The 1960’s ushered in a golden age for the hotel industry. Between the post-war economic boom, increasing urbanization, and expansion of social benefits like holidays, travel was more accessible than ever to the average American family. The response was a surge of new hotels in the United States, with over 2,000 motels and 80 hotels built in the year 1962 alone. 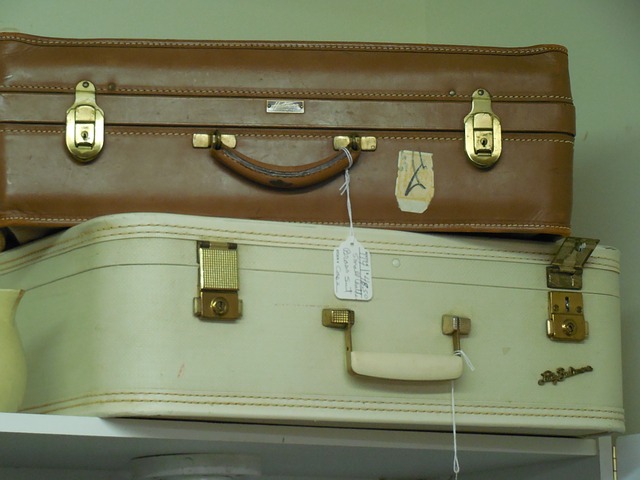 Looking back, it’s astounding how much the hospitality industry has changed since then: everything from keys to check-in to décor, and even hotel mini-bars. These are a few of the most notable ways hotels have changed since the 60’s.

When was the last time you unlocked a hotel room with a real key? If you travel mainly in North America, it’s probably been a while. But in the 60s, the front desk clerk handed every hotel guest a genuine metal key.

Room keys often came with a handy plastic fob that listed the hotel’s name, its address, and the key holder’s room number. Many also included a pre-paid postage stamp. Why? So that guests who forgot to turn in their key on check-out could easily mail them back.

Today, most hotels use computerized key cards. Since they’re reset after each stay, these keys provide far greater security (no sneaking back into a room once you’ve checked out.) But there may come a day where key cards are also obsolete, as many hotels already use mobile phone apps as temporary room keys. Hilton is already using it in 1,700 hotels in Canada and the UK.

The 1960’s were bold times in the world of interior design. Call it eye-catching or call it an eyesore; either way, the hotel rooms of the 60s were FULL of colour. The famous Biltmore in California even offered guests their choice of room in floor-to-ceiling blue, green, orange, yellow, or purple.

It was fun while it lasted. Today’s contemporary hotel rooms tend to take a subtler approach, sticking to subdued colour palettes, white linens, and a few modest color accents.

Of course, not everyone is scared of a little color, and many short-term rentals and BnBs have stepped in to fill the creativity gap.

3. Appliances Were a Novelty

The 1960s were a new era in hospitality. Gone were the days when more travelers could expect little more than a cramped cabin with a bed and a desk lamp. Hotel rooms finally had televisions (some even in colour!), quality furniture, and the most iconic hotel perk of all: the mini-bar.

Invented by a German company called Siegas, the mini-bar was an instant hit with guests and hoteliers alike. Who among us hasn’t succumbed to the temptation of a hotel fridge snack in the late hours of the night?

Of course, it wouldn’t be long before those early mini-bars became known for finicky sensors and overpriced good. With the rise of short-term rental services like AirBnB, hotels have had to step up their game in the amenities department.

Now, many hoteliers are moving beyond the simple mini-bar, adding empty mini-fridges guests can stock with whatever they please. Guest-first hotels are even adding combination appliances like the Microfridge, an all-in-one mini-fridge and microwave.

There’s lots to love about the 60’s approach to hospitality: the flashy signage, the crazy designs, and the tactile enjoyment of an actual room key. But there’s one place it definitely falls short, and that’s security.

For one, many hotels used key cubbies. When guests left for the day or checked out, they were expected to leave their room key with the desk clerk, who would place it in a cubby behind the front desk. This was a great way to tell which rooms were occupied before the computer age, but it was also a serious security issue, since anyone could see at a glance which rooms were occupied.

Then there was the guest register, a book where the desk clerk jotted personal info about everyone who checked in. It was not something you’d want to end up in the wrong hands.

Fortunately, today’s travellers have the benefit of key cards and encrypted computer databases to keep their personal information (and belongings) safe.

5. You Could Pay as You Left

Imagine checking into a hotel simply by filling out a brief registration form — no credit card, I.D. or deposit required. That kind of generous hospitality is hard to find these days. But as late as the 1970’s, it was possible to walk into a hotel empty-handed, stay the night, and pay on the way out the door.

Maybe it’s for the better that hotels are stricter these days, but it’s hard not to wonder if everyone was a bit easier to trust back then.

Category: Blog
Popular Posts
We use cookies to ensure that we give you the best experience on our website. If you continue to use this site we will assume that you are happy with it. Learn More
Allow Cookies Reject
Manage consent

This website uses cookies to improve your experience while you navigate through the website. Out of these, the cookies that are categorized as necessary are stored on your browser as they are essential for the working of basic functionalities of the website. We also use third-party cookies that help us analyze and understand how you use this website. These cookies will be stored in your browser only with your consent. You also have the option to opt-out of these cookies. But opting out of some of these cookies may affect your browsing experience.
Necessary Always Enabled
Necessary cookies are absolutely essential for the website to function properly. This category only includes cookies that ensures basic functionalities and security features of the website. These cookies do not store any personal information.
Non-necessary
Any cookies that may not be particularly necessary for the website to function and is used specifically to collect user personal data via analytics, ads, other embedded contents are termed as non-necessary cookies. It is mandatory to procure user consent prior to running these cookies on your website.
SAVE & ACCEPT